In recognition of her upcoming birthday on November 2, The Year of Tony Bennett is very pleased to announce k.d. lang week. 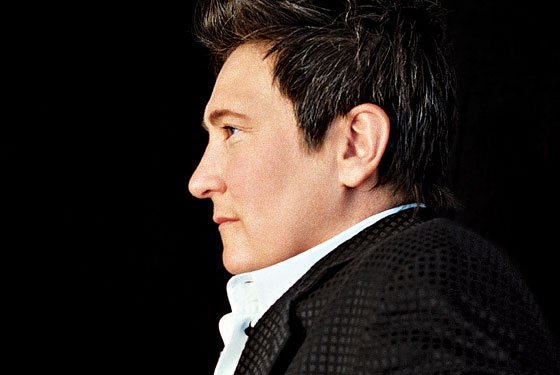 I have been a fan of k.d. lang since the 1987 Angel With A Lariat, the cassette of which was permanently lodged in my car stereo for many months. The release the next year of Shadowland, produced by Owen Bradley and featuring guest performances with Loretta Lynn and Kitty Wells, was a more typical country album than Angel With A Lariat and, for me, told me that this punk cowgirl from Canada was a real performer to be reckoned with. Her 1989 album Absolute Torch and Twang won her a Grammy for Best Female Country Vocal Performance and further introduced her to American audiences.

For this author, the song that made me a permanent fan of hers was her 1990 recording of So In Love for Red Hot + Blue, an album of Cole Porter songs sung by popular artists from several genres (the album was an AIDS fundraiser), was the first time I heard her sing from the American songbook. Along with the brilliantly directed and conceived video for the song, I knew then that I wanted to hear her sing more jazz and songs from the songbook. I got my wish with Constant Craving in 1992, for which she won another very well-deserved Grammy, this time for Best Female Pop Vocal Performance.

In 1994, she appeared as a guest on Tony Bennett’s MTV Unplugged television show, where they performed their first duet, Moonglow. They have sung together ever since, including their work on Playing With My Friends, their album A Wonderful World, Duets and Duets II. We will be featuring their songs all week as songs of the day all week on The Year of Tony Bennett.

She is currently touring with her band, the Siss Boom Bang.

The writers at the Year of Tony Bennett also welcome her to our home town on Portland.

I don’t know how Tony Bennett and k.d. lang found each other back in 1994, but I am profoundly grateful that they did, as their music together is really magical.

Starting today, we celebrate Ralph Sharon Week at the Year of Tony Bennett.

Ralph Sharon was born in London, England on September 17,1923 to an English father and an American mother, who was a professional pianist.

Mr.  Sharon found success quite early in life. By the age of 20, he was playing for Ted Heath in England, all the time playing additional jazz gigs and recording for the BBC. In the early 1950s, he emigrated to New York. He worked with prominent musicians, recording albums with noted jazz musicians, including Charles Mingus, Jo Jones, and others.

Ralph Sharon is seminal figure in the early recording history of Tony Bennett. A noted jazz pianist, he encouraged Tony to explore his love of jazz at the same time the studio was attempting to guide Mr. Bennett into the role of popular singer. Sharon auditioned for Tony Bennett in 1957, as described by Mr. Bennett in his autobiography, The Good Life:

The first guy that showed up was okay, but the second guy, Ralph Sharon, just had to hit a few notes for me to know that he was the piano player for me.

At about the same time that Ralph Sharon began to play for Bennett, Columbia began to phase Mitch Miller out and Bennett began to work with other producers. Due to his enormous success, Bennett was able to stand up to the producers who wanted to keep him solely in the popular music hit factory. Tony Bennett had already recorded his first jazz album, Cloud 7, in 1955.  Working with Sharon, they began to plan his next jazz album,  Beat of My Heart.  They assembled great percussionists to play the great standards, with exceptional arrangements by Mr. Sharon. In addition to great American drummers (including Nat Adderley, Chico Hamilton, Jo Jones, and Eddie Costa) they also brought in two important Latin American percussionists: Sabu and Candido. The album was one Tony Bennett’s finest albums to date and was well-received by jazz fans.

In 1962, Bennett and Sharon released one of my favorite albums, Tony Sings For Two. At a time when so much popular music was over-produced with enormous string sections, this album with just Ralph Sharon on piano and Tony Bennett singing was quite revolutionary. (I must admit that I was exposed to way too many albums with the Melachrino Strings  during this formative period of my youth. I mean, who would make an album called Music To Help You Sleep? As they say on Saturday Night Live: Really?).  This album is quite exceptional and very beautiful. The Year of Tony Bennett will be featuring several songs from this album during the week.

In 1966, Ralph Sharon and Tony Bennett parted ways. Mr. Sharon lived on the West Coast and wanted to spend less time on the road. They reunited in 1979 and continued to play with Mr. Bennett until 2002. They did wonderful work together on  albums Mr. Bennett released in that period: Art of Excellence, Bennett/Berlin, Perfectly Frank, and the MTV Unplugged concert, among others.

Speaking strictly as fan of Tony Bennett, I am grateful for the collaboration between Ralph Sharon and Tony Bennett.

In addition to his work with Tony Bennett, the Ralph Sharon Trio recorded numerous albums, including songbook albums of the music of Harry Warren, Frank Loesser, George Gershwin, and Jerome Kern.

The website jazzprofessional.com has two interviews with Mr. Sharon, one about his work with Tony Bennett and the other about the nuances of accompanying singers.

This You Tube video is an interview with Tony Bennett from 1991, in which he talks about his professional relationship with Mr. Sharon. 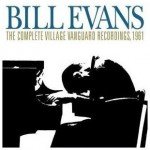 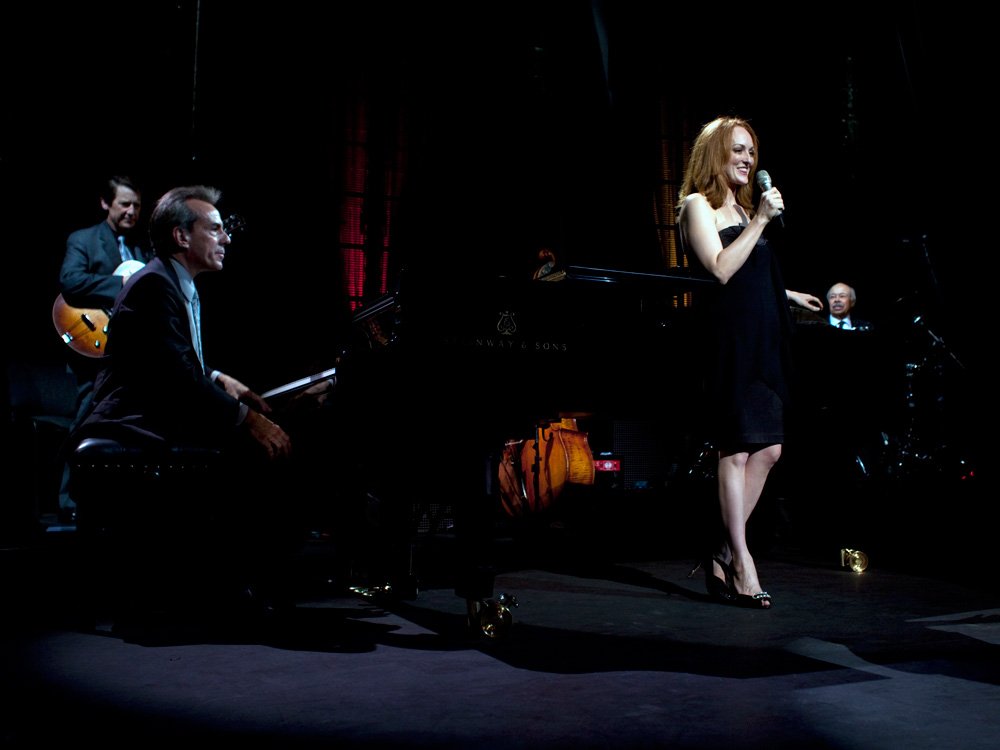 It can’t be easy to be the child of a legend and to follow in his footsteps. But Antonia Bennett has done just that and stands as a very gifted artist and singer on her own. She often tours with her father and is currently touring with him this summer in Europe. The Year of Tony Bennett has had the pleasure of hearing her several times and look forward to hearing her open for her father at each concert. We especially enjoy hearing them sing a favorite Stephen Sondheim song from Merrily We Roll Along: Old Friends.

She is a serious student of music and studied at the famed Berklee College of Music in Boston. She’s a gifted performer and we look forward to hearing her for a long time to come.

We are currently listening to her EP album Natural, a collection of jazz standards, and are enjoying it very much. Natural was released by Mesa/Bluemoon Recordings and is available at Amazon and on iTunes.

For more information about Antonia Bennett, visit her website at www.antoniabennett.com.

Some interviews and recording links:

The Year of Tony Bennett has seen Tony Bennett several times in concert, always with this quartet of gifted musicians who not only back up Mr. Bennett superbly, but are all exceptional artists in their own right.

Gray Sargent (guitar). Gray Sargent has, to the best of our knowledge, played with Mr. Bennett longer than other members of the current quartet. Gray was a member of the Ralph Sharon Quartet (along with Clayton Cameron and Paul Langosch) and has played with Ruby Braff. He is a recognized jazz and swing guitarist. Tony often sings with only Gray accompanying him at his concerts and those songs are always quite lovely. You can sometimes find Gray’s album, Shades of Gray, from Amazon.

Marshall Wood (bass). Marshall Wood is a well-respected jazz bass player. He played with Gray Sargent on Shades of Gray and with Rudy Braff.

Harold Jones (drums). Count Basie’s Favorite Drummer. He’s The Year of Tony Bennett‘s favorite drummer too. A native of Richmond, Indiana, he has played with many of the 20th and 21st century’s finest jazz artists: Count Basie, Duke Ellington, Hoagy Carmichael, Oscar Peterson, Benny Goodman, Joe Williams, Ella Fitzgerald and Natalie Cole. He is a renowned drumming instructor as well. We recently enjoyed the new biography of Mr. Jones: Harold Jones: The Singer’s Drummer by Gil Jacobs, which is available on Amazon.