The Year of Tony Bennett wants to congratulate Juanes and Juan Luis Guerra, both Tony Bennett collaborators, for their 2012 Latin Grammy awards.

Juanes’ MTV Unplugged won the Latin Grammy for Album of The Year. MTV Unplugged was produced by Juan Luis Guerra, who won the award for Producer of the Year. 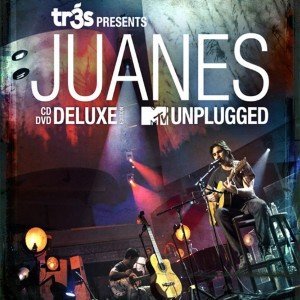 Juanes appeared on Tony Bennett Duets – American Classic, where they sang The Shadow of Your Smile.

Congratulations to both of these wonderful artists!

About Just In Time

Written by Jule Styne (music) and Betty Comden and Adolph Green (lyrics), Just In Time is just one the great hits from the 1956 Broadway musical Bells Are Ringing.  The stars of the show, Judy Holliday and Sydney Chaplin introduced the song. Tony Bennett recorded the song in the same year, and it was a big hit for Mr. Bennett. He introduced the song 1956 as a single.

We choose this song today in our preparation for Viva Duets, which will include a duet of this song with Juan Luis Guerra. Today’s version is from Tony Bennett’s legendary 1962 Carnegie Hall Concert.

Hello. We conclude our introduction to the Latin artists who are collaborating with Tony Bennett on Viva Duets.  Mr. Bennett has announced a December tour in conjunction with the release of this album his official website.

Juan Luis Guerra is a singer, songwriter and producer from the Dominican Republic. He has sold over 30 million records and has won many award for this music: 12 Latin Grammy Awards, two Grammy Awards and two Latin Billboard Music Awards. He was an eclectic popular style that incorporates merengue, bachata, bolero, and Afro-pop fusion.

He and Tony will be singing Just In Time on Viva Duets.

We feature his song La Llave de mi Corazón, which won multiple awards for this artist.

Dani Martín has a dual career as a rock singer and actor in Spain. He is the vocalist for the pop rock band El Canto del Loco and acts in film and television, including a role in Pedro Almodóvar’s Broken Embraces.  Since 2008, he has focused primarily on his music career .

He and Tony will be singing Are You Havin’ Any Fun on Viva Duets.

We feature 16 Añitos from his solo album, Pequeño.

Romeo Santos is a Dominican-Puerto Rican-American singer and brings all of those cultures into his performing style, which features the Dominican bachata style. He also is known for his hip hop, merengue and R&B stylings as well.

We feature his single You, from the 2011 album Formula.

Known variously as the Queen of Latin Pop and Empress of Beauty, there is no doubt that Thalia (born Ariadne Thalia Sodi Miranda) is a Mexican superstar. She has sold over 40 million albums worldwide and is now the best-selling Latin musician of all time.

In addition to her very successful singing career, she is also a songwriter, actress, author, businesswoman, and fashion designer. Also known as the Queen of Soap Operas, she has had a very successful career acting in telenovelas that are viewed all over the world.

She and Tony will be singing The Way You Look Tonight on Viva Duets.

We feature her song Equivocoda from her line 2009 album Primera Fila.

A musician and a composer, Vincentico was a co-founder of the Los Fabulosos Cadillacs rock band from 1984 to 2001, when he began his career as a solo artist.

He and Tony will be singing Cold, Cold Heart on Viva Duets.

We feature his song Culpable from the self-titled album Vincentico, from 2003.

Born into a musical family, Ana Carolina’s music is influenced by the rich tradition of Brazilian music. A singer-songwriter and guitarist, her style ranges from bossa nova and samba to folk music.

She and Tony will be singing The Very Thought of You on Viva Duets.

We feature her song Entreolhares (The Way You’re Looking At Me)  from the 2009 album N9ve.