The songwriter of the month for December 2016 is Harry Warren.

The man who became Harry Warren was born as Salvatore Antonio Guaragna on December 24, 1893. He was one of eleven children of Italian immigrants. His father changed the family name to Warren.

Harry showed an early interest in music and taught himself how to play his father’s accordion. He sang in his church choir and learned to play drums. By the age of 14 he was a professional drummer and at the age of 16 he dropped out of school to play with his godfather’s traveling band. While touring, he taught himself to play piano. In 1915 he began to work at the Vitagraph Motion Picture Studios, where he performed a variety of jobs, including playing mood music for the actors. In 1918, he joined the Navy, when he began to write songs.

Harry Warren was a prolific songwriter, writing over 800 songs between 1918 and 1981; over 500 of which were published. Warren wrote almost exclusively for Hollywood films. With Al Dubin, he wrote the score for the blockbuster film musical 42nd Street, which began his association with director Busby Berkeley. They worked together on 18 films.

Warren won three Academy Awards for Best Song: “Lullaby of Broadway” with Al Dubin in 1934, “You’ll Never Know” with Mack Gordon in 1 943, and “On the Atchison, Topeka and Santa Fe” with Johnny Mercer in 1946.

The songwriter of the month for November 2016 is Johnny Mandel.

Johnny Mandel was born in New York City on November 23, 1925. His mother was an opera singer who, discovering when her son, at just five years old, had perfect pitch, immediately started piano lessons for the young Johnny. However, he soon switched to trumpet and later the trombone.

Mandel studied at the Manhattan School of Music and Julliard. In 1943, he joined Joe Venuti’s band as trumpet player. He later joined several bands as a trombonist, including the Jimmy Dorsey Orchestra and Chubby Jackson, among others. He start composing at that time for artists including Count Basie, Stan Getz and Chet Baker and had a successful career as an arranger as well.

His first credit as a film composer was in 1958 for the movie I Want To Live!, for which he was nominated for a Grammy Award. He went on to write some of the best known film songs of the last half of the 20th century, including “The Shadow of Your Smile” (from The Sandpiper), “Suicide is Painless” (from M*A*S*H), and “Emily.” He continued his work as an arranger for artists including Natalie Cole, Shirley Horn and Tony Bennett.

The Songwriter for Month for October, 2016 is Johnny Mercer. 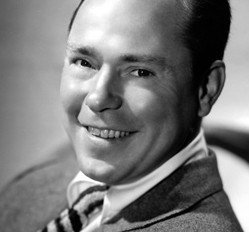 John Herndon Mercer was born on November 18, 1909 in Savannah, Georgia. His father was a prominent attorney and real estate developer. His mother loved music and sang to her son from a very early age. He was given lessons in both piano and trumpet, but realized early on that his talents lay in writing lyrics. As a young man from a well-to-do family, he was one of a few of his peers to have access to an automobile and was known to seek out performances jazz greats including Ma Rainey, Bessie Smith and Louis Armstrong.

Mercer was destined to attend his father’s alma mater, Princeton. However, the stock market crash of 1929 destroyed his family’s fortunes. His father used his own funds to pay as many of his investors in his real estate endeavors, saving only a very modest amount of money for the family. 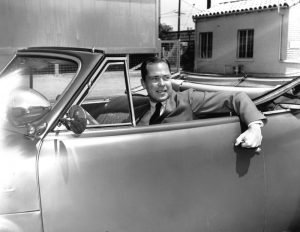 He moved to New York at the age of 19 and immersed himself in jazz and popular music. He was able to get a day job in a brokerage house and spent his evenings writing music and listening to as many performers as he could. He slowly but surely began to make a name for himself. When Hollywood called in 1935, he answered the call and began working for RKO. He became a friend of Bing Crosby and joined the hard-drinking group of friends of Bing’s. His drinking was beginning to be a problem for him. When sober, Mercer was a nice guy, but was, as they say, a mean drunk. It was during those days he started the habit of sending extravagant bouquets of flowers as an apology for actions. 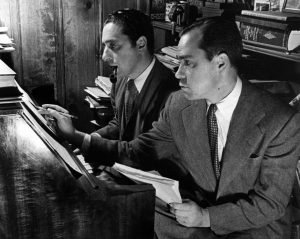 His friendship with Bing Crosby led to a stable career in Hollywood during the late 1930s. In the early 1940s, he began his collaboration with Harold Arlen, which led to much of his best work. During the 1940s, he was tremendously popular and sought-after by many composers. In addition to songwriting, he opened Capitol Records in 1942. What few knew at the time was that Mercer used the profits from Capitol Records to pay off the remainder of his father’s debts from the stock market crash to pay back all the remaining investors in his father’s real estate development business.

With the 1950s and the rise of rock and roll, popular music was changing, but Mercer attracted some of the best project available such as Seven Brides for Seven Brothers, Days of Wine and Roses and Breakfast at Tiffany’s. He was also a frequent guest on television programs.

Mercer died in 1975 from a brain tumor. He is buried in Bonaventure Cemetery in Savannah.

There is a wealth of information about Johnny Mercer available. The Year of Tony Bennett recommends:

The songwriter of the month for September, 2016 is George Gershwin. 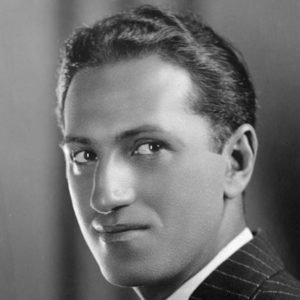 George Gershwin, born as Jacob Gershwin, was born on September 26, 1898 in Brooklyn, New York. His parents emigrated from Russia and married in New York in 1895. Their first son, Israel (Ira) was born in 1896. The parents bought a piano and paid for lessons for Ira, but it was George who fell in love with the piano and took up the lessons. A prodigious talent, he studied classical piano by day and fell in love with popular music by night.

Like many young budding songwriters, George got his first job early, aged 15, at Tin Pan Alley as a song plugger. He published his first song at the age of 17 and earned fifty cents for his effort.

In the next 22 years, he was the great composer of the Jazz Age, writing songs for Broadway musicals, films (with his brother Ira writing lyrics) and the opera Porgy and Bess. He also wrote concert pieces, including An American in Paris, Rhapsody in Blue and Piano Concerto in F.

The Gershwin Estate has a very fine website about George and Ira Gershwin. I call your attention to the timeline on this website.

The songwriter of the month for August 2016 is Cy Coleman. 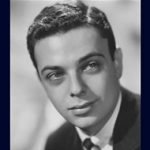 Cy Coleman was born as Seymour Kaufman on June 14, 1929 in New York to Eastern European Jewish parents. His mother was a landlady and his father a brick mason. Coleman was child prodigy as a pianist–between the ages of six and nine, he gave recitals at Steinway Hall, Town Hall and Carnegie Hall.

As a teen, he formed the Cy Coleman Trio, a jazz group with some success, in both their live performances and recordings as well.

As Cy turned towards composing, he first worked with lyricist Carolyn Leigh. Although the duo wrote some wonderful songs and scores (“The Best Is Yet To Come,” “Rules of the Road,” and “When In Rome”), they famously did not get along and seemed to dislike each other in spite of their success. In the mid 1960s, Cy Coleman met lyricist Dorothy Fields, with whom he wrote the score to the very successful Sweet Charity.

Coleman continued to write musicals in the 1970s and 1980s, including Barnum, I Love My Wife, On the Twentieth Century and City of Angels.

Cy Coleman died from a heart attack in 2004.