The Zen of Bennett documentary will be available on DVD November 19, 2012. You can read the press release here.

And, if you don’t want to wait until then, you can always view it on Netflix, where it’s available for streaming.

The Zen of Bennett will be available for streaming from Netflix on Monday, November 12!

I know that I can hardly wait! If you haven’t seen it already, here is the trailer for this documentary:

As The Zen Of Bennett moves into its general theatrical release, we’ll be providing links to news about the film, article and reviews, and previews of the film that are becoming available. 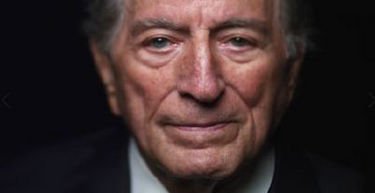 Entertainment Weekly. A nice article and some nice footage.

Blog Talk Radio conducted a very good interview with Tony Bennett today at 3:00 PM ET. The interview covers a lot of ground, primarily about The Zen of Bennett and Viva Duets, but also covers his painting and many other subjects.

If you missed the interview, you can listen to it here.  If your device doesn’t support Flash, you can go straight to this link at BlogTalkRadio.

Listen to internet radio with Storytellers on Blog Talk Radio

The Zen of Bennett is opening soon in limited release. Here are the dates that we know about.

For more information about the film, please visit www.zenofbennett.com

You can also view the trailer for this documentary here: