About You Don’t Know What Love Is

This song was written by Gene de Paul, with lyrics by Don Raye for an Abbot and Costello film, Keep ‘Em Flying, in 1941.The song was cut from the film, but later added to B-movie musical  called Behind the Eight Ball.  In spite of this odd beginning, the song became a jazz standard and has been recorded by musicians including Chet Baker, John Coltrane, Billie Holiday, Keith Jarrett and Anita O’Day.

I recommend this complete recordings set, as it includes a number of alternate versions of several songs, including this one. The alternate versions are definitely worth listening to. Tony Bennett has stated that he tried to get all of the first session recorded, rehearsals and all, but the recording engineer was concerned about running out of tape. Both of those sessions would be amazing to listen to all, false starts, practicing and all.

If you are a fan of the Tony Bennett – Bill Evans albums, I’d like to recommend that you take a look at Allan Harris’ new album, Convergence, where he, with pianist Takana Miyamote,  sings songs from the sessions. Here’s Mr. Harris singing You Don’t Know What Love Is:

Thanks to Stephen Holden at the New York Times, I learned today about Allan Harris, who is playing at the Metropolitan Room in New York.  You can read Stephen Holden’s review here. 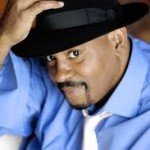 Mr. Harris, jazz vocalist and guitarist, with pianist Takana Miyamoto released Convergence in May 2012. In Convergence, Harris and Miyamoto present ten songs from the 1977 Tony Bennett – Bill Evans sessions.  Convergence is most definitely not a cover of  the session, but an interpretation that references the original beautifully. I can’t begin to express this better than Stephen Holden did in his review and do recommend his article. And, if you’re in New York and not busy this Friday night, you might want to head to the Metropolitan Room to hear Mr. Harris.

Here’s their recording of My Foolish Heart:

I’m quite taken with Allan Harris’ voice and look forward to listening to more of him.

Convergence is available from Amazon and iTunes.

I hope you enjoy the album as much as I do. While you’re waiting for your CD to arrive (or just waiting for the iTunes download to complete), take a look at Mr. Harris’ website at www.allanharris.com.