Tony Bennett’s Live at the Sahara: Las Vegas 1964 concert album drops a week from today. The Year of Tony Bennett would like to remind you to pre-order this album if you haven’t already. You can get it from iTunes, Amazon, and Barnes & Noble. 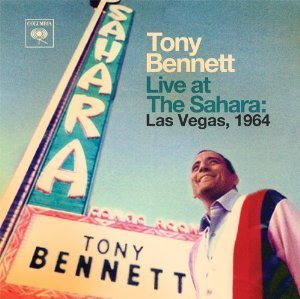 People have been talking about this recording since, well, 1964. I first heard it when it came in my 2011 Tony Bennett Complete Collection and fell head-over-heels in love with this show. As much as I adore Bennett’s studio albums, there is nothing on earth like hearing him live and this album is a great example of the kind of show he puts on. There are many moments of sheer beauty and amazing vocal power on this album and I recommend it highly.

Great news! Tony Bennett’s Live at Sahara show from 1964 is now available for pre-ordering from Amazon.com. 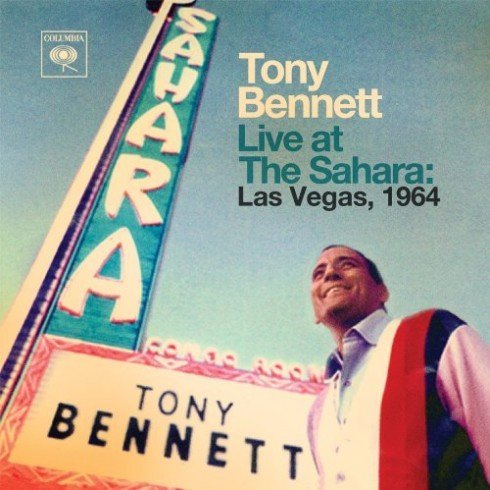 This is a terrific concert and, other than its inclusion in the Tony Bennett Complete Collection, is the first time it’s been released. The release date is set for October 8, 2013.

After waiting for fifty years, we only have twenty more days to wait for the Tony Bennett / Dave Brubeck album The White House Sessions Live 1962.

Here’s a very nice video preview, narrated by Mr. Bennett, about the concert and the upcoming release with music, great still photographs from the concert and even the voice of President Kennedy.

Mark May 28 on your calendar, as the Bennett & Brubeck: The White House Sessions Live 1962 album will be released.

On August 28, 1962, at the invitation of President Kennedy, Tony Bennett and Dave Brubeck performed at the Sylvan Theater on the grounds of the Washington Monument in a concert to thank the many college students who had served as interns that summer.

This concert featured two sets: one by Tony Bennett and another by the Dave Brubeck Quartet. An unplanned finale had Bennett come out and sing several songs with the Brubeck quartet, including a bossa nova version of That Old Black Magic.

The recording of this concert had thought to be lost, but was discovered in the Sony vaults in December of last year, not long after Mr. Brubeck passed away.

The recording will be released by RPM/Columbia/Legacy. This story from the New York Times was released today.