I’ve just completed a refresh of the site that I hope you’ll enjoy. Along with better display of graphics, you’ll find menus easier to find, a larger font size and a cleaner look.

Thank you for reading,

Last year we celebrated the songwriters whose music Tony Bennett has recorded during his wonderful career. This year is the year of the collaborators, including duet partners, arrangers and producers.

But for January, I have a secret monthly theme I’m doing. I’m quite curious as to how long it takes our readers to guess the secret theme.

A week from today the movers will arrive to move me to my new apartment. While I’m really looking forward to being moved in, getting ready to be moved is something entirely different. Much work to do and a full-time job on top of that.

So I’m taking a week to ten days off to pack, move and unpack. I’ll be back as soon as I can. Meanwhile, send happy thoughts my way!

Four years ago the Year of Tony Bennett was born … and experienced. The year went something like this:

December 2011: I took my best friend to a wonderful Tony Bennett concert in Seattle, Washington. She fell in love about half-way through the first song, I think.

December 2011: I gave best friend The Art of Romance for Christmas.

February 2012: Tony Bennett returned to the Pacific Northwest to do a concert at Spirit Mountain Casino in Oregon. Two concerts in two months? Why not?

Spring came along and with it I started planning a trip to San Diego in September to see Tony Bennett in concert again. I mean, why not? And then we found out that he’d be at the Monterey Jazz Festival the night before. So I booked the most fabulous weekend I could possibly imagine! My friend and I started calling it The Year of Tony Bennett.

And then June 10, 2012. I decided to start a simple WordPress blog called The Year of Tony Bennett.

Then came September 2012, which proved to us that good things come in threes.
Labor Day Weekend: Tony and his Quartet appeared in Seattle at the Bumbershoot Festival. It was an amazing concert! Then a few weeks later, we flew down to Monterey for the jazz festival for two days full of great jazz, culminating with Tony’s concert on Saturday night. Sunday morning we got up, flew to San Diego, and heard him again, this time in a rather lovely and not too big outdoor space. He even brought his dog Happy on stage to say hello.

And so here were are–four years later. It turns out that every year is the Year of Tony Bennett. Several more concerts, two more trips to Monterey. Other than a couple of short vacations and an illness or two, I’ve posted every day for each of these four years. A complete redesign of the blog site. A year into the blog, I started creating the Interactive Tony Bennett Discography, which took me two years and defines a labor of love. I even had a logo made and distribute cards with our URLs constantly. 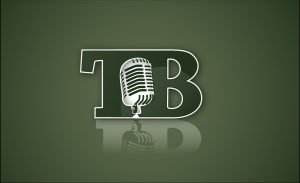 1,803 posts.
A lots of songs of the day, including one my favorites, “Rules of the Road” some 20 times.
Visits from six continents … still waiting on Antarctica.
90,002 visits to the blog, as of today.
Many new friends from all over the world.
And infinite joy and love of the music of Tony Bennett.

This has been a wonderful journey for me and I plan to keep doing it for years to come. I am incredibly grateful to everyone who visits us.

And now, one of my favorite of Tony’s songs:

Rules of the Road

Your author isn’t feeling well right now and so is taking a few days off.