On the second day of the Twelve Days of a Tony Bennett Christmas, Tuesday, December 15, 2015, the song of the day is “Christmas In Herald Square.”

Today’s song, “Christmas In Herald Square,” was written in 1985 by Tony Bennett’s long-time friend and vocal coach, Tony Tamburello. The lyrics are by Joyce Vintaloro.

Tony Bennett recorded “Christmas In Herald Square” in 1998 for his album The Playground; it was later collected on The Classic Christmas Album.

“Christmas In Herald Square,” as well as The Classic Christmas Album, is available from iTunes.

“Christmas in Herald Square” was composed in 1985 by Tony Tamburello, with lyrics by Joyce Vintaloro. Mr. Tamburello was a long-time friend of and vocal coach for Tony Bennett.

Tony Bennett recorded “Christmas in Herald Square” in 1998; it was first released on The Playground, an album for children. This recording was used on The Classic Christmas Album, released in 2011.

“Christmas Time in Herald Square,” as well as The Classic Christmas Album, is available from iTunes.


On the fourth day of a Tony Bennett Christmas, Tuesday, December 17, 2013, the song of the day is “The Christmas Song.”

“The Christmas Song,” which is also known by “Chestnuts Roasting on an Open Fire,” was written in 1944 by jazz singer and composer Mel Tormé with Bob Wells. Tormé tells the story that he and Wells were working on a very hot summer day and, in an effort to cool off, composed this song. This classic Christmas song was first recorded by Nat “King” Cole in 1946 and has been widely recorded ever since by many popular singers from all genres. 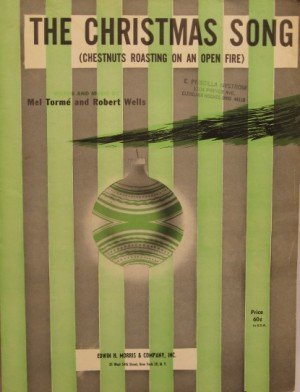 Today’s song is from Tony Bennett’s extraordinary 1968 Christmas album, Snowfall. All the songs on the album were arranged and conducted by Robert Farnon. The music was supervised by Tony Tamburello; the album was produced by Jack Gold.

http://open.spotify.com/track/2IncC8fMEs7tY4pFIrS32u
“The Christmas Song,” as well as the album Snowfall, is available from iTunes and Amazon.

The song of the day for Thursday, November 28, 2013, US Thanksgiving Day, is “My Favorite Things.”

US readers might be interested to know that a live production of The Sound of Music, starring Carrie Underwood as Maria, will air on NBC next Thursday, December 5. I watched a “making of” one hour special about this production on TV Wednesday evening, and it looks quite interesting. I was kind of charmed to see that Carrie Underwood has been listening to her mentor, Tony Bennett. Early in the broadcast, she was asked if she was nervous and she replied that of course she had the butterflies, but if you don’t have butterflies, the audience will likely sense that you don’t really care.

Today’s version is from Tony Bennett’s wonderful 1968 album, Snowfall, which was arranged and conducted by Robert Farnon. Musical supervision was by Tony Tamburello and the album was produced by Jack Gold.

As we near our Christmas celebration with The Twelve Days of a Tony Bennett Christmas, beginning on December 14, we’ll be featuring most of the songs from this wonderful album. An editor at iTunes sums up exactly how I feel about this extraordinary album:

The 1968 set Snowfall is far more than an obligatory holiday release from a legendary singer. Teaming with British arranger/composer Robert Farnon, Tony Bennett brings a warmth and emotional commitment to the familiar tunes, lending them a unique luster. With his customary ability to personalize a song lyric, he makes “The Christmas Song,” “White Christmas,” “Winter Wonderland” and other Yuletide standards feel immediate and vital.

I think it’s far and away the best Christmas album ever recorded.

http://open.spotify.com/track/0MoZADdiiC9yzcWpBbNYAC
“My Favorite Things,” as well as the album Snowfall, is available from iTunes and Amazon. 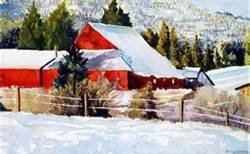