Tony Bennett has written movingly about his long friendship with Duke Ellington. 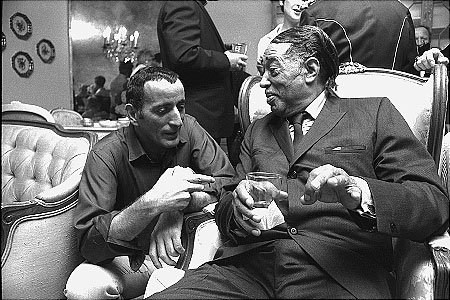 They had the opportunity to work together several times. They toured together for a while; Tony insisted that Duke Ellington and his orchestra get top billing (just as he did with his performances with Count Basie). I’m sure I’m not the only one who wishes there had been recordings of those concerts.

Ellington famously supported Tony Bennett at one of his darker moments, after he had separated from his wife Patricia and was spending Christmas alone in a hotel room in New York. Near midnight, Bennett heard music and thought perhaps he’d left the radio on. Instead, he found a choir outside his hotel room singing On A Clear Day, You Can See Forever. Ellington had done one of his Sacred Concerts that evening and had heard that Bennett was having a rough time and so he sent his choir over to cheer him up. Bennett says in his autobiography, The Good Life:

It was his Christmas present to me, the most beautiful I have ever received. It was a moment that made me believe in people, no matter how difficult things might become for me.

Ellington and Bennett had solid and supportive friendship that lasted for many years, Bennett wrote about their friendship in his book Life is a Gift:

Duke and I got to know each other well through playing a lot of gigs together, and eventually he embraced my whole family. He said that my mom was one of the most spiritual people he’d ever met, and his sister became close with mine. It was what he would call a “proper involvement”–a warm friendship based on mutual respect.

Tony Bennett honored that friendship with his portrait of Duke Ellington called God Is Love.  It shows Duke with beautiful pink roses in the background, as over the years, each time that Duke would write a new song, he would send roses to Tony Bennett. Bennett has said many times that this portrait is his favorite of the paintings he’s done. 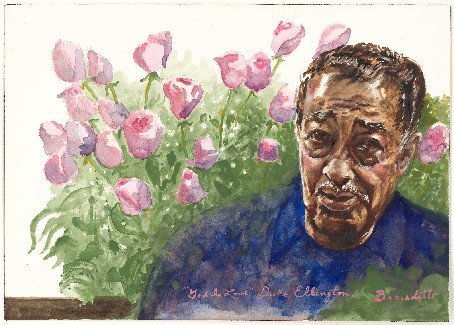 On April 29, 2009, on Ellington’s 110th birthday, Bennett donated this portrait to the Smithsonian Museum, where it hangs in the National Portrait Gallery. Ellington’s granddaughter  Mercedes Ellington said in a letter:

Particularly heartwarming for me … is the superb tribute that you have succeeded in creating on this date for both my grandfather and for a special friend, Tony Bennett. Tony has been a dear and close friend of ours, not only during my grandfather’s lifetime, but ever since. A consummate artist, he is one of the few whom Duke Ellington regarded as ‘beyond category.’ Words fail to express how delighted we are that the friendship and mutual admiration between Duke Ellington and Tony Bennett should be enshrined and remembered by the installation of Tony’s portrait of the The Duke in the Smithsonian Portrait Gallery.

Anthony Benedetto has three paintings hanging in the Smithsonian. His portraits of Duke Ellington and Ella Fitzgerald hang in the National Portrait Gallery. This painting, Central Park, hangs at the Smithsonian American Art Museum in the Renwick Gallery. 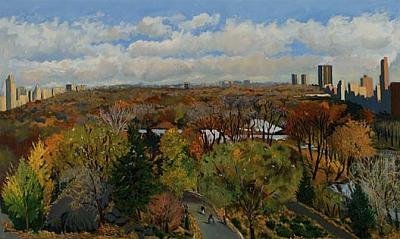 A New Yorker at his core, Mr. Benedetto has created many lovely paintings of scenes from Central Park. This oil painting was created in 1998. You can read more about this painting here.