“Love Walked In” was written in 1930 by George Gershwin; the lyrics by Ira Gershwin weren’t added until 1937 for the movie The Goldwyn Follies, released in 1938. There have been many fine recordings, including those by Ella Fitzgerald, Louis Armstrong, Bing Crosby, and Artie Shaw.

Tony Bennett recorded “Love Walked In” on September 12, 1956, with an arrangement by Ray Conniff. It was released in 1957 on the album Tony.

“Love Walked In,” as well as Tony is available on Apple Music. 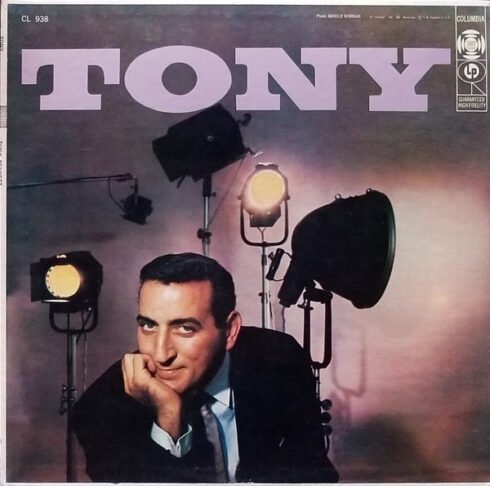 “These Foolish Things” was written in 1936 by Jack Strachey and Eric Maschwitz (credited as Holt Marvell due to a contract issue). “These Foolish Things” was not an immediate hit. In fact, Maschwitz’s agent refused to publish the song and so Maschwitz himself did. There were several fine recordings in the 1930s, including one by Billie Holiday with the Teddy Wilson Orchestra and Benny Goodman. In the 1950s, the song became even more popular, with recordings by Artie Shaw, Nat King Cole, Art Pepper, and Johnny Hartman.

Tony Bennett his first recording of “These Foolish Things” in 1956 for the album Tony. Ray Conniff wrote the orchestration and conducted.

Listen to These Foolish Things on Spotify. Tony Bennett · Song · 1957.

“These Foolish Things,” as well as Tony, is available from Apple Music.

“Lost in the Stars” was composed in 1949 by Kurt Weill with lyrics by Maxwell Anderson. The song is from the 1949 musical of the same name, based on the 1948 novel by Alan Paton, Cry, the Beloved Country. Set in South Africa in an era when apartheid seemed as if it would never end, the plot concerns a black priest whose son, in a robbery attempt, kills a white man who is a friend of his father. The priest sings this song at the end of the first act, in a complete crisis of faith.

Tony Bennett has recorded this song many times and all of the versions are wonderful. Today’s version is his first recording of “Lost In the Stars” and was recorded on June 6, 1956. This song was conducted by Ray Conniff. The arrangement is, I believe, from the uncredited Marion Evans. Other songs on the album were arranged by Neal Hefti, Gil Evans and Don Costa. “Lost In The Stars” was released in January 1957 on Bennett’s second full-length album, Tony.

Lost In the Stars

“Lost In The Stars,” as well as Tony, is available from iTunes.

George Gershwin wrote the music for “Love Walked Right In” in 1930, though Ira Gershwin’s lyric wasn’t written until 1937 for the movie The Goldwyn Follies, released in 1938. Louis Armstrong recorded it that same year and the song has stayed popular, with recordings by Ella Fitzgerald, Dinah Washington, Artie Shaw and Sammy Kaye, among many others.

Tony Bennett recorded “Love Walked Right In” in 1956 for his second full-length album Tony, released in 1957. It was arranged and conducted by Ray Conniff. Tony has always been an interesting album to me. On one hand, we hear the big dramatic sound that Bennett was known for early in his career. At the same, though, he’s singing songs in a more introspective manner, showing his impeccable phrasing, as in today’s song and “Lost in the Stars.”

http://open.spotify.com/track/12g7iTirVNLnBwSanuvi4o
“Love Walked In,” as well as the album Tony, is available from iTunes.