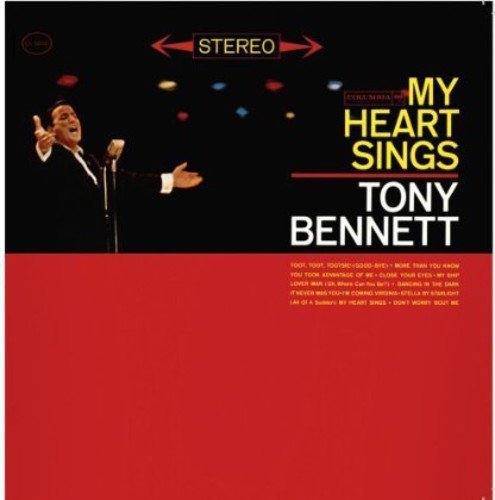 Thanks to Turner Classic Movies and my digital video recorder, I watched The Umbrellas of Cherbourg for the first time this evening and knew within in a few minutes of the movie that “Watch What Happens” had to be the song of the day. The melody runs throughout the entire film. The film was released in 1964 with a marvelous score by Michel Legrand and lyrics in French by Jacques Demy, who also directed the movie. The entire film is sung-through, though it should not be considered an opera. There are no songs sung by a chorus; it’s that instead of spoken dialogue, the dialogues is sung. And it works beautifully as a film. The English lyrics for “Watch What Happens” are by Norman Gimbel.

Today’s version of “Watch What Happens” is from Tony Bennett’s 1965 album If I Ruled the World: Songs For the Jet Set. It was arranged and conducted by Don Costa; the album was produced by Ernie Altschuler. This is one of Bennett’s finest albums and includes other great songs, including “If I Ruled the World” and “Fly Me To The Moon.”

http://open.spotify.com/track/6J1m1Bse56jNnCy7opDbXb
“Watch What Happens,” as well as the album If I Ruled The World: Songs For The Jet Set, is available from iTunes and Amazon.com (for vinyl fans, amazon.com has a new vinyl LP rerelease of this album for sale as well).

When Lights Are Low is true jazz standard. It was written in 1936 by the great trumpet player and band leader Benny Carter along with Spencer Williams. Miles Davis recorded it in 1956 and it has been recorded by noted jazz artists including Herbie Mann, Kenny Burrell, Lionel Hampton, Chet Baker, and, of course, Benny Carter.

Tony Bennett recorded When Lights Are Low in 1964 for his album of the same name. I’m very fond of this album: it contains a number of very fine jazz songs, such as On Green Dolphin Street, and one of my favorite Tony Bennett songs: The Rules of the Road. Also, in an era of recording where too many good singers were, in my opinion, singing arrangements that suffered from what I call the Melanchrino Strings effect, When Lights Are Low uses just the very fine Ralph Sharon Trio, with Hal Gaylord on bass and Billy Exiner on drums. The album was produced by Ernie Altschuler, who produced albums for Bennett in the 1960s.

But I also picked this song for another reason: I love hearing Tony Bennett laugh. And this recording catches him chuckling a few times–at 0:36 and again at 3:24. I love that we get to hear him enjoying singing this song so much.

This song, as well as the entire album, is a joy. 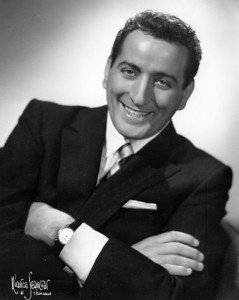 About Someone To Love

Someone To Love was written by song writer and arranger Bobby Warren in 1943.

This version is from Tony Bennett’s 1963 album I Wanna Be Around. The album is best known for the first recordings of two of Mr. Bennett’s most popular songs: The Good Life and I Wanna Be Around. There are many other fine songs on the album, though, including this one. Someone To Love was arranged and conducted by Marty Manning and produced by Ernie Altschuler.

Someone To Love, as well as the full I Wanna Be Around album, is available from iTunes.