Today’s song, “In a Mellow Tone,” was written in 1939 by Duke Ellington, with lyrics by Milt Gabler. The melody was based on the 1917 song “Rose Room” by Art Hickman and Harry Williams. The song is a favorite of both vocal and instrumental jazz performers, including Tony Bennett, Paul Gonsalves, Oscar Peterson, Coleman Hawkins, Ella Fitzgerald, and Annie Ross.

Tony Bennett recorded “In A Mellow Tone” for his 1999 album Bennett Sings Ellington: Hot & Cool, which was released to mark the 100th anniversary of the birth of Duke Ellington.

Today we are celebrating Ellington’s birthday for the 120th anniversary of his birth. I firmly believe that the music of Duke Ellington will live on for at least another 120 years.

In A Mellow Tone

In A Mellow Tone, a song by Tony Bennett on Spotify

“In a Mellow Tone,” as well as Bennett Sings Ellington: Hot & Cool, is available from iTunes.

Duke Ellington wrote “I’m Just A Lucky So And So” in 1945, with lyrics by Mack David. A favorite song of Tony Bennett, “I’m Just a Lucky So-and-So” has also been recorded by Billy Eckstine, Louis Armstrong, Ella Fitzgerald and Sarah Vaughan.

Tony Bennett has recorded this song several times, starting with his second album, Tony, released in 1956. Because I like the arrangement and the nice guitar work by Gray Sargent, I’ve chosen his 1999 recording for Tony Bennett Sings Ellington: Hot & Cool.

I"m Just A Lucky So And So

“I’m Just A Lucky So And So,” as well as Bennett Sings Ellington: Hot & Cool, is available from iTunes.

The great Edward Kennedy “Duke” Ellington was born 117 years ago today on April 29, 1999. There aren’t enough accolades in the world for Ellington: pianist, composer, and band leader. A band leader that kept his band together from the 1930s until his death in 1974, a remarkable achievement by any standard.

But this music. It’s as alive and vibrant as ever and still meaningful, at least to this writer. I find traces of Ellington everywhere: right now, I’m working on a screenplay about Ross Macdonald, the mystery author. It turns out that his favorite artist was Duke Ellington.

And as Duke always said: “We love you madly.”

Duke Ellington wrote “Mood Indigo” in 1930; the song was based on a theme provided by Barney Bigard, who learned it from his New Orleans clarinet teacher. The song was originally titled “Dreamy Blues.” Ellington wrote the song specifically for radio transmission and it was broadcast in October 1930 to great acclaim. His manager, Irving Mills, came up with the lyric and renamed the song to “Mood Indigo.”

The song is one of the great jazz standards. It has been widely recorded by both instrumental and vocal jazz performers, including Charles Mingus, Dinah Washington, Frank Sinatra, Louis Armstrong and Paul Robeson.

Tony Bennett included “Mood Indigo” on his Ellington album, which was released in 1999 on the One Hundredth Centennial of Ellington’s birth. It was arranged and conducted by Jorge Calandrelli; the album was produced by Tony Bennett and Danny Bennett. Bennett Sings Ellington: Hot & Cool won the Grammy Award for Best Traditional Pop Performance.

Edward Kennedy “Duke” Ellington was born in Washington, D.C. on April 29, 1899. In honor of his birthday and his amazing contribution to American music, as well as his long friendship with Tony Bennett, the Year of Tony Bennett celebrates Duke Ellington Week from April 28 through May 4, 2013. 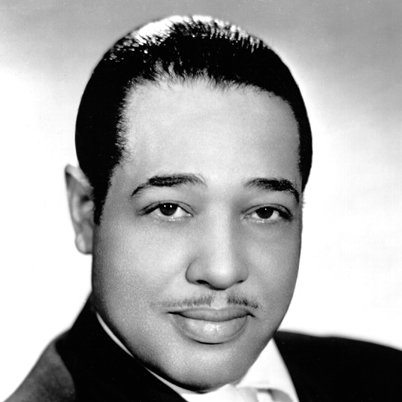 In addition to featuring songs written by Duke Ellington as our songs of the day, we’ll also be studying Ellington’s career as a composer, band leader, pianist and humanitarian.

We call your attention to the official Duke Ellington website at www.dukeellington.com. The  site is maintained by the Estates of Mercer K. Ellington and Edward K. “Duke” Ellington. The current executor is Paul Ellington, grandson of Duke Ellington. This website contains a rich selection of audio and video clips, a photo gallery and much more.

The Year of Tony Bennett is proud to honor one of America’s greatest composers.

To get us started, let’s look at this 1929 film:  Black and Tan Fantasy with Duke Ellington and Arthur Whetsol on trumpet.