Late last Friday evening, I got an email from DownBeat Magazine with a link to their July, 2014 edition. The cover grabbed me right away … 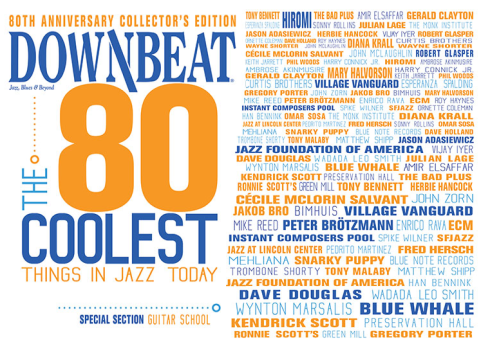 DownBeat insists that the items in the list are numbered but not ranked. Still, Tony Bennett is the number one on the list of the 80 coolest things about jazz.

It’s a beautiful issue and is, as Downbeat suggests, a collector’s item.

Here are a few quotes from their write-up about Tony Bennett, the first of the ten living jazz masters:

At 87, Tony Bennett is as cool as he’s ever been–maybe even cooler.

Today, Bennett is unstinting in his praise for younger singers like the late Amy Winehouse (“a true jazz singer”) and Lady Gaga, with whom he’s recorded a full album to be released in the fall (“I think she’s going to surprise everybody”).

Bennett’s whole game, he said, “is to try to do definitive versions of great standards. And I’m not really interested in doing anything except making the public feel the song that I’m singing.”

Tony Bennett also took out a very nice full-page ad, featuring the recent water-color portrait of him by Everett Raymond Kinstler, that pays homage to the great musicians he’s worked with over his career. 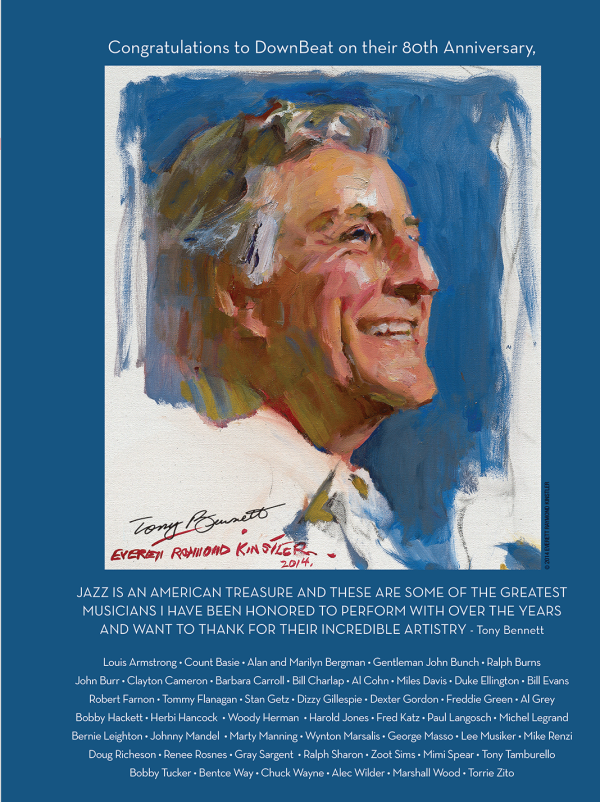