I’ve been unable to find much about this song other than was written by Sunny Skylar and Guy Magenta. The song was originally written in French with the title “Je me sens si bien.” The song appears to be widely recorded in the original French version. In addition to Bennett’s version, it has also been recorded by Jimmy Young.

Mr. Bennett is currently vacationing in Italy and posted on Facebook that he was in Capri today. So, we have Capri in July, but “Capri In May” is close enough. He also posted this image of his painting from Capri: 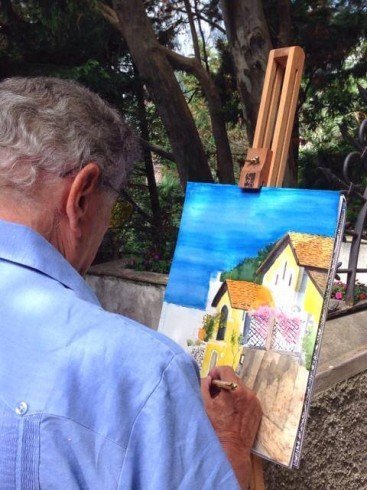 http://open.spotify.com/track/7JSVro3mJ5CSynM3j06vT0
“Capri In May,” as well as the singles included on The Columbia Singles, Vol. 4, is available from iTunes.