“That Ole Devil Called Love” was written in 1945 by Doris Fisher and Allan Roberts. Composer Fisher, daughter of songwriter Fred Fisher, was so popular in the 1940s that she was called “Queen of the Jukebox.” She often wrote with Allan Roberts. She was also a talented singer and performer. Her other songs include “You Always Hurt The One You Love.”

Tony Bennett recorded “That Ole Devil Called Love” in 1996 for his album Tony Bennett On Holiday, arranged by Jorge Calandrelli. Bobby Tucker, formerly a pianist for Billie Holiday, served as musical consultant for the album.

“That Ole Devil Called Love,” as well as Tony Bennett On Holiday is available on Apple Music.

The jazz instrumental “Dat Dere” was written in 1960 by Bobby Timmons; it was first played by Art Blakey and the Jazz Messengers in 1960, with Timmons on piano. Oscar Brown, Jr. wrote lyrics for the tune in 1961 for his album Sin & Soul … and Then Some. The song has been recorded by jazz and popular singers including Mel Tormé and Rickie Lee Jones.

Tony Bennett recorded “Dat Dere” in 1998 for his album for children named The Playground, with the Ralph Sharon Trio. Bobby Tucker, the pianist for jazz greats including Billie Holiday, was the musical consultant for the album.

“Dat Dere,” as well as The Playground, is available from Apple Music.

“Ill Wind” was written in 1934 by Harold Arlen and Ted Koehler for their last show at the Cotton Club, where it was sung by Adelaide Hall. This song has been recorded by Ella Fitzgerald, Stan Kenton, Audra McDonald, Sarah Vaughan, Dinah Washington, Frank Sinatra and, of course, Billie Holiday.

Tony Bennett recorded “Ill Wind” in 1996 for the album Tony Bennett on Holiday, an album consisting of songs sung by Lady Day. Bobby Tucker, who played for Billie Holiday later in her career, was the musical consultant for the album.

“Ill Wind,” as well as Tony Bennett On Holiday, is available from iTunes. 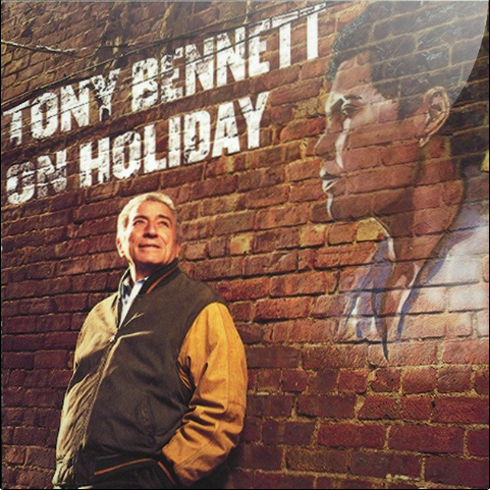 This charming song was written by Harry Woods while he was living and working in temporarily in London for a British film studio as a composer. One of the songs he wrote was “What A Little Moonlight Can Do” for a movie called Roadhouse. Billie Holiday, with Teddy Wilson and His Orchestra, recorded the song in 1935.

Tony Bennett recorded today’s song in 1996 for his tribute album to Billie Holiday: Tony Bennett On Holiday. This album presents a side of Lady Day that I appreciate. Sure, we hear a lot of her soul-searching songs, but also the light, sweet and cheerful standards that she also sang to great effect, including this one. Bobby Tucker, who played piano for Billie Holiday, served as consultant for this album, which was a brilliant stroke.

One of the readers on our sister site, The Interactive Tony Bennett Discography, said that “I was surprised to discover that Tony Bennett’s tribute to Lady Day rang truer than all of the other attempts to politicize her, racialize her, or use her as a self-promotional ‘career stepping stone.'” I couldn’t agree more. It’s about the music. It always is.

Tony Bennett did the painting of Billie Holiday that is used on the cover of Tony Bennett On Holiday.

http://open.spotify.com/track/0PPOBJY0oBhGCR79a1CiVO
“What A Little Moonlight Can Do,” as well as the album Tony Bennett On Holiday, is available from iTunes.