The musical collaborator of the month for August 2017 is Count Basie.

William James Bailey was born in Red Bank, New Jersey on August 21, 1904. Both of his parents were musically inclined: his father played the mellophone and his mother played piano. His mother gave young Bill his first piano lessons. Later on, she took in laundry and baked cakes to help pay for his more advanced piano lessons.

While still in his early teens, Bill spent his free time at the Palace Theater in Red Bank, where doing some chores got him free admission to performances. He was soon playing piano for various live acts and silent movies.

By 1919, Bill Basie was playing for various groups around Red Bank and began to build a name for himself. In 1920, he moved to Harlem and ran into an old Red Bank friend, Sonny Greer, who was then playing for Duke Ellington’s band, The Washingtonians. Through Greer and his personality, he met many of the great Harlem musicians, such as Willie “The Lion” Smith and James P. Johnson. He was able to pick up work touring, which carried him to other notable jazz towns: Kansas City, New Orleans and Chicago. 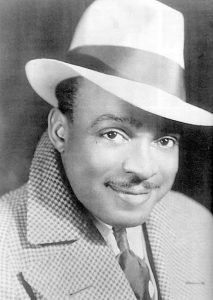 In 1929, he joined Bennie Moten’s band, based in Kansas City, as its pianist and also did some arrangements for the group. At one point, the band voted Moten out and Basie took over, though only for a few months. He then formed his own band, using many of the Moten musicians as well as tenor saxophonist Lester Young. It was during that time he improvised what would become one of his most popular songs: “One O’Clock Jump.”

Basie took his band to Chicago, where he had recording session attended by producer John Hammond who said that it was “the only perfect, completely perfect recording session I’ve ever had anything to do with.” They were also some of Lester Young’s earliest recordings. It was while he was playing in Chicago that folks started calling him Count Basie. 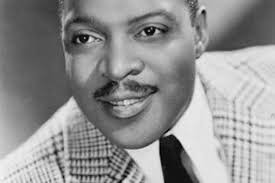 Basie took his band to New York in 1937 and they were soon booked at the Roseland Ballroom. Though they still had some maturing ahead of them, Hammond continued to advise and encourage the band. Hammond also introduced the band to Billie Holiday, who did sing with the Basie band in some live performances, but couldn’t record with him due to contractual obligations. This was when Holiday met Lester Young — a musical match made in heaven.

With their New York exposure and the popularity of radio concerts, the band grew more and more well-known, resulting in Basie signing with the William Morris Agency. His big band last well throughout the 1940s even as other big bands began to falter. 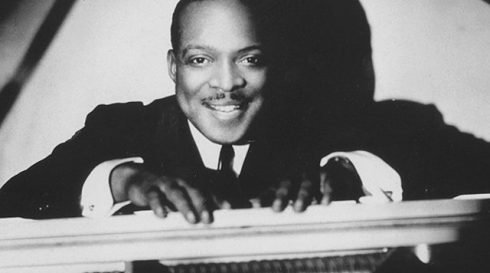 After the end of World War II, Basie disbanded the big band and performed in smaller combos and, occasionally, in orchestras. Basie had an exquisite ear for the music the public wanted; he was able to add a dash of rock ‘n roll, rhythm and blues and newer jazz motifs such as bebop. His bebop credentials lead to him sharing the stage at Birdland with jazz greats including Charlie Parker, Dizzy Gillespie and Miles Davis. Pretty soon, he was able to build another band, and was again popular in New York and in Europe. Some of his great albums followed, such as Count Basie at Newport. He appeared on television programs, played for one of John F. Kennedy’s inaugural balls, and even joined forces with Duke Ellington for an album. In 1958, he became the first African-American male to win a Grammy Award. 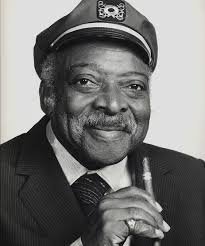 Even though the popularity of the big bands had begun to seriously wane, he kept his band active into the 1980s, including a terrific scene at the end of Mel Brooks’ Blazing Saddles.