Don’t Cry Baby was written by Saul Bernie, James P. (Jimmy) Johnson and Stella Unger. Jimmy Johnson was a composer and pianist who, along with Jelly Roll Morton, came into prominence in the era between ragtime and the stride piano techniques in early jazz. Saul Bernie and Stella Unger were both composers who were active in the 1920s. 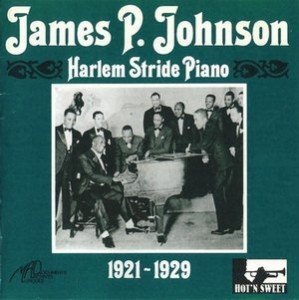 This blues song is from Tony Bennett’s 2001 album Playin’ With My Friends. Although the album has a good number of duets (Stevie Wonder, Bonnie Raitt, k.d. lang, and Ray Charles among others), this song is one of the solos.

This album features the Ralph Sharon Quartet, with Sharon on piano, Paul and Langosch on bass, Clayton Cameron on drums and Gray Sargent on guitar. Don’t Cry Baby also used Harry Allen on sax and Mike Melvoin on the Hammond B3 organ. There’s nothing like the sound of the Hammond B3 on a blues album.

Don’t Cry Baby, as well as the full Playin’ With My Friends album, is available from iTunes.