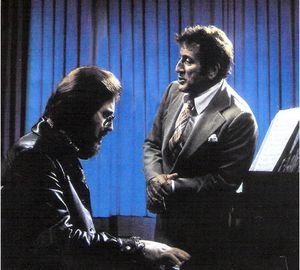 About You Must Believe in Spring

You Must Believe In Spring was written by Michel Legrand for the 1967 film musical The Young Girls of Rochefort, with lyrics by the film’s director, Jacques Demy. The English lyrics were written by Alan and Marilyn Bergman.

You Must Believe in Spring was recorded by Tony Bennett and Bill Evans in 1976 for their second album, Together Again. Today’s version, however, is not released version. Instead, it’s an alternate take that was included on the The Complete Tony Bennett Bill Evans Recordings, specifically Take 4. This is my favorite of three versions on the complete set. I can hear the exhaustion in Bennett’s voice; he’s whispering and I hear the voice start to break a few times. But I also hear a profound plea to believe in love, even after all that has happened. The singer must believe in spring and love in spite of what feels like a place just a few steps up from despair. I love the song, but I especially love Bennett’s voice in this particular take.

You Must Believe In Spring - Alt. Tk4

Bill Evans went on to record an album with Eddie Gomez (bass) and Eliot Zigmund (drums) featuring (and called) You Must Believe In Spring. This album, considered one of his finest later albums, was released in 1980 after Evan’s death.

You Must Believe In Spring, as well as The Complete Tony Bennett Bill Evans Recordings, is available from iTunes.