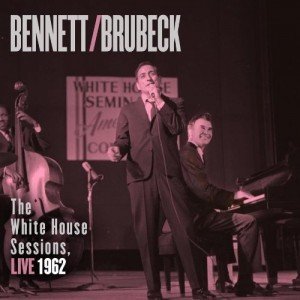 Today’s version is from upcoming release of em>Bennett/Brubeck: The White House Sessions Live 1962, which will be available on May 28, 2013. The concert began with a set by the Dave Brubeck Quartet (Brubeck, Paul Desmond on alto sax, Joe Morello on drums and Eugene Wright on bass), followed by a set of Tony Bennett with the Ralph Sharon Trio (Sharon, Billy Exiner on drums and Hal Gaylord on bass). The last part of the concert featured the Dave Brubeck Trio (minus Desmond) and Tony Bennett in a unrehearsed set of improvisations, including this great recording of That Old Black Magic.

That Old Black Magic, as well as Bennett/Brubeck: The White House Sessions Live 1962 is available for pre-ordering from Amazon and Barnes & Noble.