Continuing the Tony Bennett 1950s Hit Parade, the song of the day for Thursday, January 10, 2013 is Stranger In Paradise. 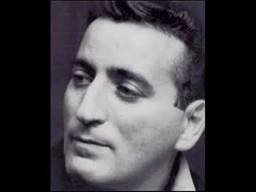 About Stranger In Paradise

This song is from the 1953 Broadway musical Kismet, which won the Tony Award for Best Musical. Like much of the music used in Kismet, the music was adapted from the music of classical composer Alexander Borodin. Lyrics for this song, as well for additional music in Kismet, are from Robert Wright and George Forrest.

As Kismet was preparing to open on Broadway, New York City was suffering from a massive newspaper strike, thus depriving any new show from getting the publicity and reviews it needed to survive and thrive in a busy Broadway season. The Kismet producer contacted Columbia Records and asked to have Tony Bennett record the big song from the production, Stranger In Paradise, in advance of the show’s December 1953 opening. By November 1953, Bennett’s single of Stranger In Paradise was the number two song in the country and received heavy radio play,  generating interest in the new musical. The song was sung in the production by Richard Kiley (who later starred in the 1965 Broadway musical Man Of La Mancha) and Doretta Morrow.

Tony Bennett recorded the song in October 1953; it was arranged and conducted by Percy Faith.  The recording was included on Mr. Bennett’s very popular 1962 album, Mr. Broadway.

Strangers In Paradise, as well as the full Mr. Broadway album, is available at iTunes.