Today, we celebrate one of America’s greatest composers, Irving Berlin, who was born on May 11, 1888 in Temun, Russia as Israel Baline. His family emigrated to America in 1893 to escape the systemic persecution of Jews in Russia at that time. He started working as a singer at the age of 14 and was a singing waiter by 1906. In 1907, he wrote the lyrics for his first published song, Marie From Sunny Italy. His name was misspelled as “I. Berlin” on the sheet music, and from then on he was Irving Berlin. His first major hit came in 1911 with Alexander’s Ragtime Band. He was a self-taught pianist who never learned to read music and could only play in one key: F-sharp. Needless to say, this proved no obstacle to one of the greatest songwriting careers in American history. 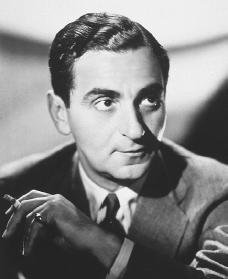 Berlin’s music has been a part of American life, from his wonderful film musicals such as Top Hat, Holiday Inn and Easter Parade to his hit Broadway shows such as Annie Get Your Gun and Call Me Madam to the songs that we have been singing for decades like There’s No Business Like Show Business, God Bless America, and perhaps the greatest Christmas song ever written, White Christmas.

Like many of Irving Berlin’s songs written for film, Steppin’ Out With My Baby was introduced by Fred Astaire. Berlin wrote the song for the 1948 Easter Parade, in which Astaire co-starred with Judy Garland.

Today’s version is from Bennett’s 1994 MTV Unplugged concert. Bennett often sings Steppin’ Out With My Baby in concerts and features his quartet generously in those performances of this song. It seems to me that he has a great time singing this song, and we’re happy to provide this live version today.

http://open.spotify.com/track/31TTqEhhp9SK7qLNqW5EZs
Steppin’ Out With My Baby, as well as the full MTV Unplugged album, is available from iTunes.

And, since it’s Saturday, here’s Fred Astaire in another Berlin tune from Easter Parade: Drum Crazy, filmed in a toy store.