“It Don’t Mean a Thing If It Ain’t Got That Swing” was written in 1931 by Duke Ellington, with lyrics by Irving Mills. This song was one of the first songs to use the word “swing” in the title and this song certainly defined what it meant to swing. Ellington recorded the song with Ivie Anderson on vocals and it was an immediate hit. It has been widely recorded since it was written and the song is a lot of fun to play and to listen to. Significant recordings include those by Louis Armstrong, Django Reinhardt, Gigi Gryce, Tony Bennett and Thelonious Monk.

Tony Bennett’s first recording of today’s song was in 1994 for the MTV Unplugged concert. His most recent version is his duet performance with Lady Gaga from their 2014 album Cheek To Cheek. Today’s version, though, was recorded in 1999 for Bennett Sings Ellington: Hot & Cool and features a great arrangement from Ralph Burns.

I adore this arrangement for a lot of reasons. I love the light touch that Bennett has at the beginning, followed by a fine guitar solo by Gray Sargent, who plays with Tony Bennett to this day. All this is followed by drumming showcase from Clayton Cameron. And then … boom! The big band is back. Yes, it’s mostly instrumental. But Bennett’s opening is so perfect, it’s enough. And the rest is a joy.

“It Don’t Mean a Thing If It Ain’t Got That Swing,” as well as Bennett Sings Ellington: Hot & Cool, is available from iTunes.

This song is real favorite of mine. So much so, that I have a couple of other recordings that you might enjoy.

First is Duke Ellington’s vocalist, Ivie Anderson, who joined Ellington’s band as their first regular singer in 1931. She recorded today’s song with Ellington in 1932. It’s a joyous recording!

In 1961, Louis Armstrong and Duke Ellington recorded together for the first, and last, time. There were two albums from these sessions released on the Roulette label. In 2001, Blue Note repackaged those albums as The Great Summit. In addition to being a really good recording, with Armstrong both singing and playing trumpet, it includes the verse of the song, which I had never heard until I bought that album.

Today, The Year of Tony Bennett is celebrating the anniversary of the birth of Ralph Burns, who was born on June 29, 1922. Ralph Burns wore many hats: composer, jazz pianist, arranger, and conductor. Over his career, he earned numerous awards for his work as a Broadway orchestrater and also as a composer. 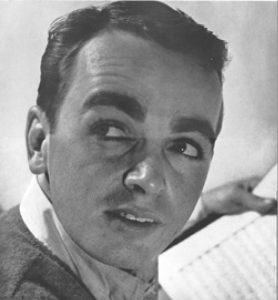 Ralph Burns was the arranger for one of my favorite albums by Tony Bennett, Hometown, My Town. He next worked with Bennett in 1963 for This Is All I Ask. Burns was superb big band arranger. He did the big band arrangements for Bennett Sings Ellington: Hot & Cool in 1999, which was his last project with Bennett. Ralph Burns died in 2001 at the age 79.