About I Concentrate On You 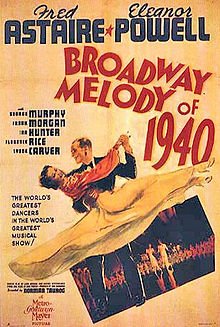 Written by Cole Porter, I Concentrate On You was featured in Broadway Melody of 1940, starring Fred Astaire and Eleanor Powell. However, the song was sung in the film by Douglas McPhail as Astaire and Powell danced to it. While not one of Porter’s most popular songs, I find it one of his best for the intricate lyrics and the very interesting verse.

Tony Bennett has recorded this song twice. First in 1973, for his album Listen Easy from MGM/Verve. This version is from his Steppin’ Out album from 1993 and was arranged by Mr. Bennett and Ralph Sharon.

I Concentrate on You

Listen to I Concentrate on You on Spotify. Tony Bennett · Song · 1993.

I Concentrate On You, as well as the full Steppin’ Out album, is available on iTunes.