On the seventh day of a Tony Bennett Christmas, Friday, December 20, 2013, the song of the day is “I’ll Be Home For Christmas.”

“I’ll Be Home For Christmas” was written in 1943 by Kim Gannon and Buck Ram. This song, released at the height of World War II, tells the story of a soldier stationed overseas, who yearns to be home with family for Christmas, if only in my dreams. Bing Crosby recorded this song in 1943 and it was a best seller. The War Department issued a V-Disc with Crosby’s versions of this song and “White Christmas” that was sent to soldiers stationed all over the world. One wonders if the young soldier Anthony Benedetto, who was stationed in Germany, might have listened to this V-Disc at some point. 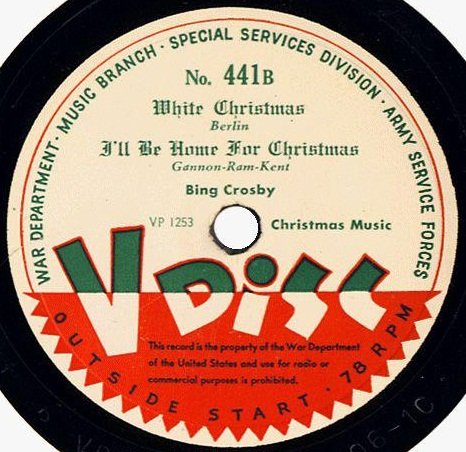 http://open.spotify.com/track/7Jb0QNWLdLChGL5RF6TSOq
“I’ll Be Home For Christmas,” as well as the album A Swinging’ Christmas, is available from iTunes and Amazon.

This song is so terrific that we wish to give you another version, recording live in 1994 on the Jon Stewart Show. It appears on the CD re-release of Snowfall.

I"ll Be Home For Christmas - Live