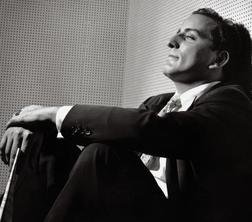 About Baby, Dream Your Dream

This song was written for the 1966 Broadway musical, Sweet Charity, by Cy Coleman and Dorothy Fields, with a book by Neil Simon. It was sung in the show by Helen Gallagher and Thelma Oliver.

Tony Bennett recorded Baby, Dream Your Dream as a single on December 14, 1965; Sweet Charity opened on January 29, 1966. It was arranged and conducted by David Rose and produced by Ernie Altschuler.

The same recording was included on his 1967 album For Once In My Life, as well as on Disc 3 of the Forty/Fifty Years: The Artistry of Tony Bennett box sets.

Baby, Dream Your Dream, as well as the Columbia Singles, Volume 6, is available from iTunes.