“Do Nothin’ Till You Hear From Me” was written in 1940 by Duke Ellington, with lyrics by Bob Russell. As with many Ellington songs, the tune was written first and the lyrics added later. Also, as with most Ellington songs, it became a favorite song of both instrumental and vocal musicians. Ellington recorded the song in 1944 and it was a hit on both the R&B and Popular charts. Other recordings include those by Tony Bennett, Louis Armstrong, Sammy Davis, Jr., Anita O’Day and Nina Simone.

Tony Bennett recorded this song for his tribute album to Duke Ellington: Bennett Sings Ellington: Hot & Cool. The album was released in 1999, in the centennial year of Ellington’s birth. Today’s song was arranged by Jorge Calandrelli; the album was produced by Tony Bennett and Danny Bennett. 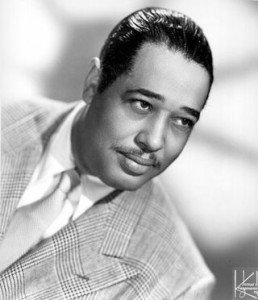 This afternoon at the office, I was listening to an Ellington playlist on the new Apple Music service (which I am enjoying quite a bit). In the introduction to their playlist, he was introduced as:

Quite possibly the coolest, most elegant man that ever lived, Edward Kennedy Ellington ranks with Louis Armstrong and Miles Davis, as one of the most influential artists in the history of jazz.

I can’t disagree with that. And after listening to Ellington most of the afternoon, choosing one of his songs as the song of the day came easy.

Today, I would like to honor my late father, Thomas Chiles, who would have been 89 years old today. Dad, I think of you often and miss you every day.

Do Nothin" Till You Hear From Me

“Do Nothin’ Till You Hear From Me,” as well as Bennett Sings Ellington: Hot & Cool, is available from iTunes.