The Year of Tony Bennett celebrates the composer Sacha Distel, who was born on January 29, 1933, with our choice of The Good Life as the song of the day for January 29, 2013.

About The Good Life

Originally known as La Belle Vie, The Good Lifewas written by composer Sacha Distel with lyrics by Jack Reardon. It was written 1962 and was featured in the movie Seven Capital Sins. The song is primarily associated with Tony Bennett, but has been sung by many other performers, including Frank Sinatra, Petula Clark, Duke Ellington, Shirley Horn, and many more.

Today’s version of The Good Life is the first. And the best. Tony Bennett recorded the song in December 1962. It appeared as a single in 1963 and was the first song on Bennett’s 1963 album I Wanna Be Around, which also featured the Johnny Mercer song of the same name. I Wanna Be Around stands as one of Bennett’s great albums and The Good Life as one of his very best recordings. It is also worth noting that Tony Bennett titled his 1998 autobiography The Good Life.

The Good Life, as well as the full I Wanna Be Around album, is available from iTunes.

About The Skyscraper Blues

This song was written by Gordon Jenkins and Tom Adair for the 1949 Broadway musical Along Fifth Avenue, which featured Nancy Walker and Jackie Gleason.

Tony Bennett recorded The Skyscraper Blues for his 1959 album Hometown, My Town. I chose this song today for my co-blogger’s 11-year-old son Sam. Apparently, Hometown, My Town is being played a lot in the family car and Sam especially likes this song. He likes the sound of the brass and the energy of the song. Sam, so do I.

Listen to The Skyscraper Blues on Spotify. Tony Bennett · Song · 1959.

The Skyscraper Blues, as well as the full Hometown, My Town album, is available from iTunes.

The Year of Tony Bennett pays tribute today to the great Jerome Kern, born on January 27, 1885. We honor Jerome Kern with our song of the day for Saturday, January 27, 2013: The Way You Look Tonight.

About The Way You Look Tonight

Written for the 1936 Fred Astaire film, Swing Time, The Way You Look Tonight is by Jerome Kern and Dorothy Fields. The song won the Academy Award for Best Original Song.  It immediately became a standard for popular and jazz singers, including Bing Crosby and Billie Holiday. It has also become a jazz instrumental favorite, with recordings by Art Tatum and Oscar Peterson, among others.

Dorothy Fields is quoted as saying

The first time Jerry played the melody for me I went out and started to cry. The release absolutely killed me. I couldn’t stop, it was so beautiful.

Tony Bennett first recorded The Way You Look Tonight in 1958 and was featured on the album Long Ago … And Far Away.

Today’s version is from 1997. Originally recorded for the soundtrack for My Best Friend’s Wedding, it was included on Rarities, Outtakes & Other Delights, Volume 2 from the 2011 Tony Bennett Complete Collection. Mr. Bennett sings this song at most, if not all, of his live performances. Viva Duets, released in 2012, features a duet of this song with Thalia.

The Way You Look Tonight

Listen to The Way You Look Tonight on Spotify. Tony Bennett · Song · 2012.

The Way You Look Tonight, as well as Rarities, Outtakes & Other Delights, Volume 2, is available at iTunes.

The Year of Tony Bennett closes out our live performances week with I Left My Heart in San Francisco, our song of the day for Saturday, January 26, 2013.

About I Left My Heart in San Francisco

Knowing that Ralph Sharon played with Tony Bennett, the songwriters gave a copy of the music to Mr. Sharon, who promptly put it in a drawer and forgot about it. Some time later, as he was packing for a tour with Mr. Bennett that would take them to San Francisco, he came across the song and put it in his suitcase, thinking that the locals in San Francisco might enjoy hearing it. After a performance at a nightclub in Hot Springs, Arkansas (a concert where underage saxophone player and future President Bill Clinton famously stood outside the club and watched the entire performance through the window), Bennett and Sharon found a piano in the bar at their hotel and started to work on the song. The first fan of the song was the bartender, who said “If you guys record that song, I’ll buy the first copy.”  (Tony Bennett, The Good Life, page 164).

They sang the song at the Fairmont Hotel on opening night, at Mr. Bennett’s first appearance in San Francisco.  Local representatives from Columbia Records heard the song at rehearsal and encouraged Bennett to record it.

I absolutely love this version of what is now Tony Bennett’s most-requested song. Hearing it introduced at the Carnegie Hall concert as a new song is delightful. His first recording of the song was in January 1962 and release in February, with this concert in June of the same year. And, of course, Mr. Bennett won the Grammy for Best Male Solo Performance and the song won for Record of the Year. Pretty good for a song that was rescued from a  drawer.

Readers know that I think Tony Bennett at Carnegie Hall is one the best live recordings ever released. This particular version of I Left My Heart in San Francisco is sweet, light and beautifully sung. And he sings the verse; one of the reasons I love Tony Bennett as a singer is that he so often sings the verse, when many singers never do.

http://open.spotify.com/track/4pZraXJ3VTorWFtlS1S0Bs
I Left My Heart in San Francisco, as well as the full Carnegie Hall album, is available from iTunes. 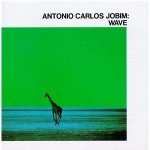