This beautiful song was written in 1934 by bandleader and composer Ray Noble; it was the number one song for five full weeks in 1934. 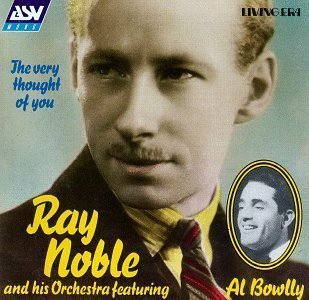 The Very Thought Of You has been popular ever since, with significant recordings by Ella Fitzgerald, Billie Holiday, Frank Sinatra, Nat King Cole, and Carmen McRae. Tony Bennett sang it as a duet with Paul McCartney on his first duets album.

Today’s version is from Tony’s 1966 album, A Time For Love.  This version features the great Bobby Hackett on cornet and this version is a duet between the two. I find this version sublime, as I do most of this album. Bennett begins to explore the tempos in a jazz manner with great sensitivity in an exploration of the melody as well as the deep emotion of the song.

http://open.spotify.com/track/6k3PVeDsILF9UIRokDwh7D
The Very Thought Of You, as well as the full remastered A Time For Love album, is available from iTunes.