This beautiful song was written as an instrumental by Charles Chaplin and was used in the soundtrack for his 1936 film Modern Times. In 1954, John Turner and Geoffrey Parsons wrote the lyrics. The first recording was made in 1954 by Nat King Cole and has been steadily recorded ever since. 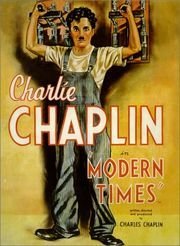 Tony Bennett first recorded Smile in 1959; it was released as a single in 1959 and was included in his wonderful 1962 I Left My Heart In San Francisco album. Today’s version is from the 1966 The Movie Song Album and was recorded in late 1965 with an arrangement by Al Cohn and orchestra conducted Johnny Mandel. Mr. Bennett sings this song regularly in concert and it is always perfect.

http://open.spotify.com/track/4VVW7zufMomMHQ3gg6VljG
Smile, as well as the full The Movie Song album, is available from iTunes.