On the Fourth Day of Tony Bennett Christmas, Monday, December 17, 2012, the song of the day is White Christmas. 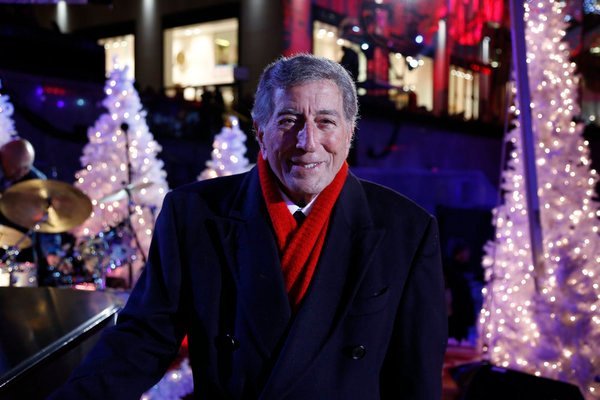 White Christmas was written by Irving Berlin in 1940. The song was first publicly performed by Bing Crosby on his radio show, The Kraft Music Hall on Christmas Day, 1941. Although many performers have recorded this song, it continues to be associated with Bing Crosby. The song was featured in the 1942 film, Holiday Inn, and was performed by Mr. Crosby. It was also used for the 1954 film, White Christmas, with Mr. Crosby and Rosemary Clooney (which your author saw last night and enjoyed thoroughly).

Crosby’s single version of White Christmas is estimated to have sold 50 million copies, the biggest-selling single of all time.

Today we feature a version of White Christmas that is not from one Mr. Bennett’s Christmas albums, but instead from his 1987 Bennett/Berlin album. This version features the great Dexter Gordon on tenor saxophone and Ralph Sharon Trio, with Mr. Sharon on piano, Paul Langosch (bass) and Joe LaBarbera (drums).

White Christmas, as well as the full Bennett/Berlin album, is available on iTunes.