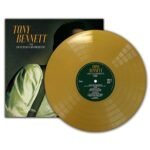 On Christmas Day, the 12th day of The Twelve Days of a Tony Bennett Christmas, the song of the day for Friday, December 25, 2020, is “A Child Is Born.”

“A Child Is Born” was written by Thad Jones, whose younger brother, Elvin, was a noted jazz drummer. Thad Jones was a member of the Count Basie Orchestra starting in 1954. He left the orchestra in 1963 to pursue a career as an arranger and studio trumpet player and later moved to Denmark. “A Child Is Born” is his best-known composition; the wonderful lyrics are by Alec Wilder.

Tony Bennett and Bill Evans recorded “A Child Is Born” in 1976 for their second album: Together Again, released in 1977.

A Child Is Born

“A Child Is Born,” as well as Together Again, is available from Apple Music.

On the 11th day of The Twelve Days of a Tony Bennett Christmas, the song of the day for Thursday, December 24, 2020, is “The Christmas Waltz.”

“A Christmas Waltz” was written in 1954 by Jule Styne and Sammy Cahn. They wrote it for Frank Sinatra, who recorded it on the B-side with “White Christmas.”

Listen to The Christmas Waltz on Spotify. Tony Bennett · Song · 2008.

“The Christmas Waltz,” as well as A Swingin’ Christmas, is available from Apple Music.

On the tenth day of The Twelve Days of a Tony Bennett Christmas, the song of the day for Wednesday, December 23, 2020, is “Christmas Time Is Here.”

“Christmas Time Is Here” was written by Vince Guaraldi and Lee Mendelson for the 1965 television special, A Charlie Brown Christmas, which is a perennial holiday favorite. This song has also been recorded by artists including Diana Krall, Anita Baker, Mel Tormé, and Mariah Carey.

Tony Bennett recorded “Christmas Time Is Here” with The Count Basie Big Band for his 2008 album A Swingin’ Christmas.

“Christmas Time Is Here,” as well as A Swingin’ Christmas, is available from Apple Music.

On the eighth day of The Twelve Days of a Tony Bennett Christmas, the song of the day for Monday, December 21, 2020, is “I’ll Be Home For Christmas.”

“I’ll Be Home For Christmas” was composed by Walter Kent, with lyrics by Kim Gannon and Buck Ram, in 1943. This song, released at the height of World War II, tells the story of a soldier stationed overseas, who yearns to be home with family for Christmas, if only in my dreams. Bing Crosby recorded this song in 1943 and it was a best seller. The War Department issued a V-Disc with Crosby’s versions of this song and “White Christmas” that was sent to soldiers stationed all over the world. One wonders if the young soldier Anthony Benedetto, who was stationed in Germany, might have listened to this v-disc at some point.

Tony Bennett, with The Count Basie Big Band, recorded “I’ll Be Home For Christmas” for his 2008 album A Swingin’ Christmas. It was arranged by Bill Holman.

I"ll Be Home for Christmas

“I’ll Be Home For Christmas,” as well as A Swingin’ Christmas, is available from Apple Music.